Wesley Alan "Wes" Johnson (born May 23, 1988) is an American YouTuber, cosplayer, Twitch streamer, and part-time member of Smosh Games. He was originally an editor for the channel, and was officially added as a new member (along with Flitz) in the video New Smosh Games Members?.

On April 10, 2019, Jovenshire confirmed in the comments of a video on his personal channel that he, Sohinki and Wes would not be returning to Smosh Games as full-time members, with their status being officially confirmed as part-time in the eleventh episode of SmoshCast on May 1, 2019.

Here is a list of videos Wes has appeared in after it was announced he was becoming a part-time member of Smosh.

Wes is described as one of the 'newer' additions to Smosh Games, meaning he is one of the four hosts who were not part of the original lineup. He enjoys cosplaying and gaming, and since 2014 has posted videos on a personal channel, resuming this in 2018 with a new one after losing his first. Wes has also done acting on YouTube, including acting in "Breaking Point" as the role of Tate Kelly and has been in acclaimed films such as "Nazis at the Center of the Earth." As a member of Smosh Games, he has appeared on many episodes of Grand Theft Smosh, Maricraft, Game Bang, Cell Outs and Friendly Fire.

In 2014, Wes created his own YouTube channel, WesTheEditor, based around video games and other vlogs. The channel had more than 126,100 subscribers as of June 2018. However, after Defy Media ceased operations, Wes could no longer access the channel, and by December 2018 the channel had been deleted, presumably by a remaining employee of Defy Media. In response to losing his first channel, Wes created a new channel called WesIRL, which had over 45,000 subscribers as of January 2019.

Wes dated actress Isabelle Lynn (@reminawest) from 2014 until early 2018. They were engaged from August 5, 2016 to sometime in 2018. They ended their relationship during the first half of that year for unknown reasons, though it can be assumed that the two did not end amicably from comments both Wes and Courtney made during the SmoshCast episode episode he was featured in.

In June 2018, it was confirmed that Wes had begun dating cosplayer Taylor Bloxham (@rolyatistaylor), whom he met at Fanexpo. Taylor confirmed this herself, as did Boze in a livestream. They were seen together in many photos on their social media accounts, as well as on Wes's brother's Instagram, where he referred to them all as a "crazy family".

On January 28, 2019, Wes released a video on WesIRL called "I Have Depression and That's Ok", in which he revealed (amongst other things) that he and Taylor had broken up, mostly due to problems with maintaining a long-distance relationship. Wes confirmed in the video that they are still close friends and will continue to cosplay together, but that they both believed breaking up was the right decision.

In April 2019, it was announced that Wes, along with Joven, was no longer a full-time member of Smosh Games, but would still come to participate in larger Smosh events such as Summer Games.

In July 2019, Wes posted a picture of himself on Instagram with cosplayer Sarah Hendo[4]; though he had posted pictures with Hendo before, he revealed in the caption of this post that she was his girlfriend, and that he felt "lucky" to be dating her.

In early August of 2019, Wes rebranded his channel, renaming it IRL Bros. He later not only created a Patreon for the channel, but confirmed that he and his brother would be working together on it full time. The channel is currently at 52K subscribers.

In late February 2020, he started continuously streaming on Twitch after sporadically streaming since late 2016.

In early March of 2020, Wes, along with fellow past Smosh Games members, launched New Element Six. The show started on the AtomicMari channel, but now has its own channel, New Element Six. Its members consist of Wes, Mari Takahashi, Joshua Ovenshire, Lasercorn, Sohinki and Amra_Ricketts.

In mid April of 2020, Mari confirmed in a New Element Six video that Wes is single.

In May 2021, Wes announced on his Instagram he had proposed to girlfriend and fellow cosplayer, Sammie Miller. 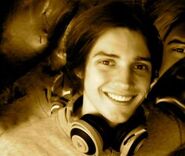 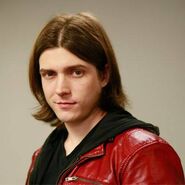 Wes with his long hair 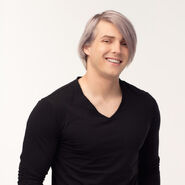 Wes in 2017, after dying his hair silver 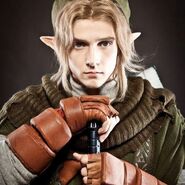 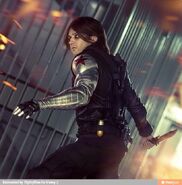 Wes cosplaying as the Winter Soldier