WORST COMMERCIAL EVER is a Smosh video released on December 17, 2018.

We found a very strange infomercial, and the makers of it should be ashamed of themselves.

A snobby narrator asks if the following has ever happened to the audience, followed by a series of clips of a janitor (Ian) fumbling through an office space:

The narrator exclaims that they have the product for people like the janitor, followed by a model (Olivia) dramatically showing off a water bottle. 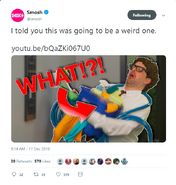 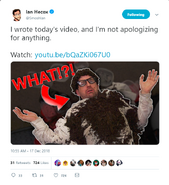