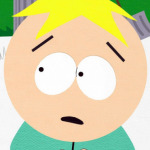 Hi I'm Justin. I am an Admin of the Smosh wiki! If you have any questions, just let me know!

I first discovered Smosh in 2011 when my friends were talking about a song on Youtube called Boxman 2.0. I heard the phrase Shut Up! before and I've actually seen Boxman 2.0 flipnotes on flipnote hatena on the ds. Anyway my friend came over my house and showed me the actually video. I was hooked on the song and I knew every single lyric. I forgot most of the song today though unfortunately. Anyway my friend also showed me FIRETRUCK!. I also loved that song too. I still wasn't that into the channel though. I didn't start actually getting into it until the Fine Bros released Kids react to Smosh. After that I started watching more Smosh videos. I've been watching it ever since.

Favorite Smosh seasons (not including Season 2014)

Retrieved from "https://smosh.fandom.com/wiki/User:Russellthedog?oldid=132772"
Community content is available under CC-BY-SA unless otherwise noted.