Not to be confused with The Smosh Pit, a former section on Smosh.com.

"Welcome to the Smosh Pit. It's like our other channel, but...different?"
—Channel Description

Smosh Pit (formerly named IanH and Smosh 2nd Channel and formerly stylized as SMOSH P!T) is Smosh's official "second channel" on YouTube. It is used to present more vlog-style shows such as Squad Vlogs and The Show That Has No Name!. The channel has over 7 million subscribers. It was renamed Smosh Pit on August 14, 2017, an event that coincided with the addition of new shows (see below).

Following November 7, 2018, activity on the channel had decreased significantly due to Smosh’s parent company Defy Media shutting down; however, videos continued to be uploaded weekly on Tuesdays starting November 13, 2018. Until Smosh's acquisition by Mythical Entertainment, Smosh continued to release videos on Smosh Pit, either videos that were saved from the days of Defy, or videos they'd shot and edited themselves.

After Smosh was bought by Mythical, they began uploading on the channel on Tuesdays and Thursdays, with every other week Tuesday uploads being designated for the Try Not To Laugh Challenge, and the rest of the slots open for new shows on the channel, namely Eat It or Yeet It and Spelling Bee-Kini Wax.

Channel's Beginning and Smosh is Bored

Smosh Pit was created on November 24, 2005 as IanH, exactly 6 days after Smosh's main channel. The channel's primary use was for Ian to watch and comment on other YouTube videos.

From the beginning, Ian uploaded Smosh-related videos rather than personal videos. The channel was not frequently used, and mostly consisted of videos about the Smosh cast's normal life, contest winners, and commercials for Smosh merchandise.

After going nearly two years without a new series, Ian decided to start his own series on the channel titled Ian is Bored, which began airing on February 5, 2010, with new episodes uploaded every Monday. The early episodes consisted of Ian doing various, mostly random things. The series later grew in popularity and started featuring a sub-series called Mailtime with Smosh with Anthony also becoming a regular guest on the series. In June 2014 the series was re-branded as Smosh is Bored. On August 26, 2010, Ian and Anthony began another series called Lunchtime with Smosh began.

The weekly schedule was originally set with Ian is Bored airing on Mondays and Lunchtime with Smosh on Thursdays, but on October 15, 2012, both series began to be aired bi-weekly on Mondays, giving Ian and Anthony extra time to work on their new channel, Smosh Games. In 2013, the channel was renamed to "Smosh 2nd Channel", with the channel focused around Smosh is Bored.

In the Ian is Bored episode "WORST AUDITION EVER!" Ian auditioned several girls for the position of host for a new show on the channel. After viewers voted for their favourite, Mari Takahashi was announced as the winner in the episode "MEME SCHOOLGIRL!". The series (titled Smosh Pit Weekly) debuted on April 23, 2011, becoming the first Smosh series to be hosted by someone besides Ian or Anthony.

After four years and 227 episodes, Smosh Pit Weekly was replaced in 2015 by Noah Grossman's show Put it in My Mouth and Courtney Miller and Olivia Sui's show Seriously Super Stupid Sleepover. During the month-long event Smoshtober in 2016, two other shows were added: Smosh Lab, hosted by Shayne Topp and Nick Uhas, and The Show w/ No Name!, starring all of the Smosh Family in varying group formats. Squad Vlogs, considered to be the Smosh Squad's equivalent to Smosh is Bored, began airing on November 12, 2015.

On April 22, 2017, Put it in My Mouth ended after 45 episodes, and Seriously Super Stupid Sleepover ended on May 27, 2017 after 44 episodes. After Anthony's departure from Smosh, Lunchtime with Smosh, Mailtime with Smosh and Smosh is Bored also came to an end.

The first video in the Try Not To Laugh Challenge series was released on March 23, 2017, as a part of Squad Vlogs, becoming so popular with Smosh viewers that it was turned into a semi-independent series on November 1, 2018.

On April 28, 2017, This Week in Smosh was added to the channel, airing on Fridays, to give viewers a behind the scenes look at everything happening in Smosh that week.

On July 28, 2017, in the video "What's going on with Smosh?!", Ian announced that Smosh 2nd Channel was going to be officially renamed "Smosh Pit", and that multiple new shows that were coming to the channel; these included One Hour Song Machine, hosted by Keith Leak Jr., and Whoa! Nature Show, hosted by Courtney and Olivia.

The official return of Smosh Pit Weekly was also announced, with Mari returning as the host of a "revamped" version of the show.

The revamped Smosh Pit Weekly debuted on August 19, 2017, hosted by Mari with guest appearances from everyone in the Smosh Family. For unknown reasons Damien and Shayne took up hosting on January 8th, 2018.

Smosh Pit Weekly was put on hiatus March of 2018, just seven months after its debut. Smosh Lab was put on hiatus that October, and This Week in Smosh and One Hour Song Machine were put on hiatus in November, along with Whoa! Nature Show in December. Therefore, in 2017 alone five series were cancelled and four put on hiatus, with two of the series airing for less than ten episodes.

The final Smosh Pit video before Defy Media's shutdown was uploaded on November 6, 2018, with a new pre-recorded episode being released each Tuesday from November 13, 2018; these originally consisted of various videos from series that were still airing prior to the halting of all video production, and later began to be simpler videos filmed afterwards, usually created in Ian's house, similar to the new videos released on Smosh's main channel.

On February 22, 2019, the video The rumors are true... WE FOUND A HOME! was released, announcing that Smosh had been bought by Rhett & Link and was now a part of Mythical Entertainment. As a part of this announcement, it was confirmed that Smosh Pit would be returning alongside the other main Smosh Channels.

The first video released after this announcement was TRY NOT TO LAUGH CHALLENGE 17 w/ THE VALLEYFOLK, whitch was released on February 26, 2019, confirming Try Not To Laugh Challenge as a series on the channel, which officially became its own series on November 1, 2018, having previously been a part of Squad Vlogs.

On May 7, 2019, Eat It or Yeet It began airing whilst The Challenge Pit, Smosh Pit Theater, 2 Truths 1 Lie, Squad Vlogs and Why We're Bad At Dating began alternating on Thursdays, alongside other Smosh Pit videos. 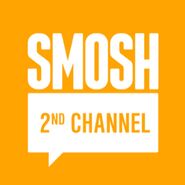 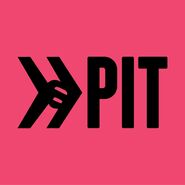