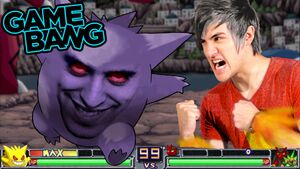 It was uploaded on August 29, 2014 on both smosh.com and YouTube

The two lowest scoring players have to be wrapped in red and white bubble wrap (as if they were in a pokeball).