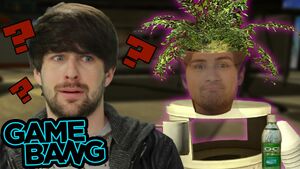 It was uploaded on 7th November 2014 on both smosh.com and YouTube.

The Smosh Games crew would divide into two teams, the hunters trying to kill the props and the props trying to survive. They would get one point for killing a prop on team hunter, and one point for surviving on team prop. You also had to taunt every one minute, and taunt constantly in the last twenty seconds. In later rounds, they also had to be moving constantly.

Initially it was meant to be individual challenge with two losers having stage props broken over their heads by the winners but in the end people in the team with lowest score were declared losers together.