Unavailable
watch 01:54
Obi-Wan Finale - The Loop
Do you like this video?
Play Sound

Cathy Shim (English dub)
Ayana Taketatsu (Japanese dub)
Oishi Kawaii (pronounced oh-we-she ka-wa-ee), (born January 1, 1996), is a fictional character and the main protagonist of Oishi High School Battle. She takes up demon-slaying after her father, who was fired from the job. Oishi tries to defend the world against many demons that inhabit Earth all the while trying to survive high school.

OISHI WILL KICK YOUR ASS!

Oishi Appearantly Wears Cute Clothing. Her Appearance is Hot Pink Hair In Pigtails With Two Crimson Beads, crimson headband with a mini-heart with a white dot, a crimson short sleeve with a heart, a light hot pink top with a strap that goes on her arm, connected to the heart chestplate, a crimson skirt, and long light hot pink boots with hearts; 2 curve designs on the heels and two crimson ones on the knees. 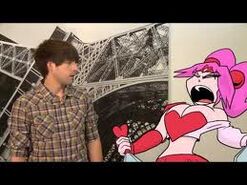 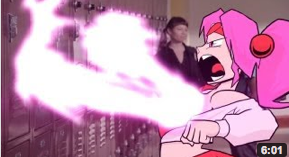 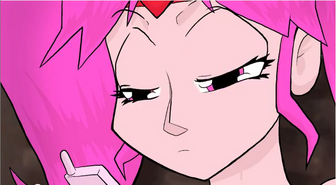 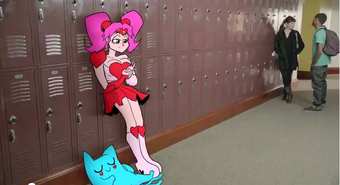 Oishi in the hallway
Community content is available under CC-BY-SA unless otherwise noted.
Advertisement