ONE LETTER OFF VIDEO GAMES

Doctor Strange in The Multiverse o Madness - The Loop

WHAT IF ABRAHAM LINCOLN...?

What if your favorite video games were one letter off? Games like Assassin's Creed, Pokemon, The Sims, Hitman, Counter Strike, and more would never be the same.

A guy is taking pictures of Desmond Miles, who is getting creeped out.

A burglar is seen rubbing a kitchen table as the announcer says, "Counter-Terrorists win!"

Tim Hagar, Tim Brady, Tim Robert, and Tim Flech introduce themselves. Tim Hagar says he sometimes goes by Timothy, and the other Tims stab him.

Call Of Duty/Call Off Duty

A solider fakes being sick so he can't command a war. The player earns 50 points for lying, ranked up to "Lazy Bastard", and an achievement called "Disgrace to Our Country".

A man looks at his pants and says, "Found it! It was in my pants the whole time!"

A player keeps poking men, filling his Poke Meter. The player then pokes a girl, causing a game over.

A wombat asks his dad if he will live forever, but he says no, and a music video plays.

During a roll call, a teacher calls S--tman, but he says his name is "Shiteman", because it's danish The teacher then calls Robert Penishugger, who then corrects it to "Penis-Hugger III"

A man steps out of a car, and a female prostitute wants him to hop in the hedges. The man says no, but the prostitute comes after him. 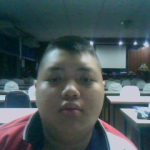