Smosh Wiki
Register
Don't have an account?
Sign In
Advertisement
in: People, Celebrities, Guests on SmoshCast,
and 3 more

I KILLED THE TOOTH FAIRY!

matthew scott montgomery
Matthew Scott Montgomery (born February 8, 1989) is an American actor known for his work on Disney Channel, most notably his role on So Random!. He made a guest appearance on SmoshCast and Try Not To Laugh Challenge with fellow former cast members Shayne Topp, Damien Haas, and Allisyn Ashley Arm, whilst also appearing as a contestant on Eat It or Yeet It and You Posted That?.

Matthew Scott Montgomery is an American actor best known for his work on Disney Channel. His acting career took off in the early 2010s, when he was cast as 15-year-old Kendall Parker in a year-long production of Del Shores' Yellow, for which Matthew won "Best Featured Performance in a Play" at the Los Angeles Drama Critics Circle Awards. Throughout his early acting career, he also won "Best Featured Actor in a Play" at the 2010 Backstage Garland Awards, and "Comedic/Dramatic Performance of the Year" for the 2010 Stage Scene LA Awards.

During this time, he was cast in the pilot of Disney Channel's Shake It Up, and later made appearances on Austin & Ally and Jessie and became a regular cast member on So Random! as Matthew Bayley. Since then, he has continued to act in film, television, and onstage, and has recently put focus into YouTube and Instagram content, such as his series No, That's Okay. I'm Good., a live-action comedy series set in his car.[1][2] 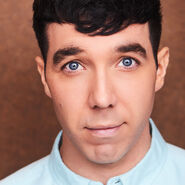 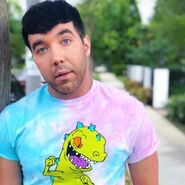