Jessie Kane Gill
Jessie Kane Gill (b. August 10[1]) is an American actor and voice actor. She has appeared as an occasional cast member on Smosh since late 2018, making most of her appearances in Every Blank Ever.

Jessie Kane Gill was born in Cleveland, Ohio and studied at the New York University Tisch School of the Arts.[2] Outside of her appearances on Smosh, Jessie has appeared in several short films and television movies, including Midnight Racer (2017), uberPOOL (2017), Offing (2018), Thirst (2019; for which she was also a casting associate), and The Pointe (2019); as well as an active scene in theater. She also voices a minor character named Nina, as well as other various characters, in the Pokémon anime.[3] 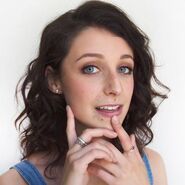 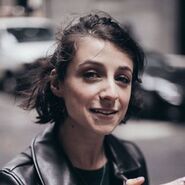