@jasonyerface
Jason Michael Fong is known for playing various roles on Smosh between 2012-2014.

Fong is an actor, filmmaker, singer, voiceover artist, and print model who has worked in film, television, radio, and theater. Notable filmography includes Hawaii Five-0, Area 49, and 1440 and Counting. Fong started his career in 2008 when he wrote and starred in his first short film, Bite Me, that screened at three film festivals. He soon followed this by creating three shorts films (Bite Me, Office Romance, and The Rescue) and also starred in commercials and advertisements. He recently wrapped production on Notorious Nick. 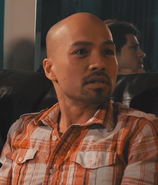 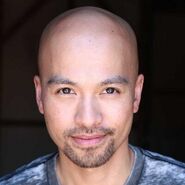 Fong's old Twitter avatar
Add a photo to this gallery

Retrieved from "https://smosh.fandom.com/wiki/Jason_Michael_Fong?oldid=169086"
Community content is available under CC-BY-SA unless otherwise noted.