Do We Believe In Past Lives? w/ Jacksfilms - SmoshCast 32

John Patrick "Jack" Douglass (born June 30, 1988), known online as Jacksfilms, is an American Internet personality and comedian. His YouTube channel consists primarily of infomercial parodies, sketches, and humorous music videos (often with self-composed music) - and as his audience grew, he expanded into comedy series centred around comments and submissions from viewers. He voiced Jimmy Spartan on 16-Bit High School and has made numerous appearances across Smosh, Smosh Pit, Smosh Games, and SmoshCast.

Jack created his YouTube channel in 2006 after he was tasked with making a video about all the books he had read his senior year of high school; as a result, he and his friends made a series of short videos making fun of them, after which Jack wanted to make films to a greater extent. After graduating from Atholton High School, Douglass went to American University, where he majored in film and minored in music theory. His fame did not start until he released a parody commercial of Snuggie blankets in 2009 and received further attention after he was featured on the Fine Brothers' series Teens React in 2013. In 2014, he was ranked #54 on New Media Rockstars' "Top 100 YouTube Channels", and in 2018, he won the Shorty Award for YouTuber of the Year, which he accepted dressed in a Garfield costume.

Popular series on Jack's channel include Your Grammar Sucks, in which he makes fun of incorrect grammar, spelling, and punctuation in comments submitted by fans; JackAsk, a Q&A-style series; PMS, an acronym and parody title for his various parodies, music videos, and sketches; Yesterday I Asked You (YIAY), in which he asks his viewers a question and reads his favorite answers; and YIAY Live, a live game show on Twitch. Over the course of five rounds, Jack asks viewers questions, he selects five answers to feature, and the audience votes on their favorite; the winners compete in Round 5 and the winner receives free merchandise.

Jack has three other channels. jackisanerd is used as his secondary channel, where he primarily uploads vlogs. featuredfridays was originally a series on his main channel before having its own channel for a brief period and SHUTUPDENNIS was a channel on which he released random, short videos; both been inactive since 2011. In 2015, Jack started a new series on Regal Cinemas named Jack Talks Trailers, in which he recaps of recent movie trailers released and reads the opinions of others regarding the trailers.

In January 2017, Jack became engaged to his longtime partner Erin Elizabeth Breslin. The couple married in April 2018. Jack owns three American Eskimo dogs named Klondike, Sundae, and Chipwich. Klondike inspired Jack to create a new line of merchandise named after her as a semi-satirical dig at Logan Paul's "Be a Maverick" clothing line.[1] Klondike recently got a plush toy made to look like her. 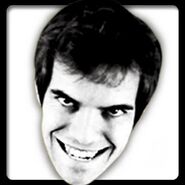 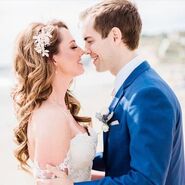 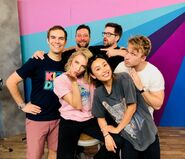