IT'S A GAME BANG HO-DOWN! 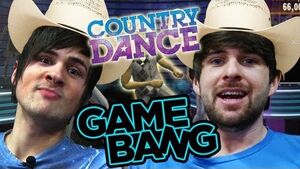 IT'S A GAME BANG HO-DOWN! is the forty-sixth installment of the Smosh Games series Smosh Game Bang.

The two lowest scoring people would have to do a duet dance as a bull and its rider.