IF BOARD GAMES WERE REAL

If Board Games Were Real is a Smosh video uploaded onto the main channel. It is the seventeenth installment of the If... Were Real series

Everyone loves a good board game! Imagine all the board games in the world were real life scenarios. Wouldn't life be so much more fun?! What could possibly go wrong?

Ian and Anthony are in their car, having been pulled over by the cops. Ian tells Anthony not to worry because he has a "Get Out Of Jail Free Card". Anthony thinks Ian is crazy and asks him if the cards can get him out of an indecent exposure ticket. However, Ian insists that board games in real life would make their lives better. Anthony tries to make Ian realize how stupid board games would be if they were realistic.

Anthony is on a ladder getting snakes thrown on him.

A knight (Keith Leak) tries to take the bishop (Ian Hecox). However, the knight cannot kill the bishop because he can only move in L-shaped paths while the bishop can only move diagonally. They keep trying, but their restrictive movement patterns prevent them from doing so.

The captain (Ian Hecox) who is blindfolded tells his blindfolded assistant (Anthony Padilla) to fire a missile at section B9. The assistant follows but the missile misses the enemy battleship and instead destroys a bus full of orphans. The two realize this when they take their blindfolds off. The captain says they need a better method. The assistant asks for an example.

The doctor (Anthony Padilla) tries to replace the heart valve of the patient (which is really a mannequin). The specialist (Courtney Miller) shocks the doctor with a tazer since he touched the man's "wishbone" by mistake (referencing the buzzer that rings and ends a player's turn when the tweezers touch the metal edges of the patient's body or the wrong object to remove). The specialist takes a try at the operation but unfortunately touches his "ding-dong". So, the female doctor takes the tazer, shocks herself and falls to the floor.

Two apples are sitting on a table.

One zookeeper (Anthony Padilla) asks another (Ian Hecox) why all of the hippos are dead. The other zookeeper tells him he put the hippos' food between them, glued their bodies to the ground so they couldn't move, and then slammed his fists repeatedly on the hippos' backs to force their necks to stretch out and try to eat their food. He also says it sounded like a good idea at first.

The clip shows a tornado destroying a house into pieces.

The clip shows Anthony with a mullet taking care of a baby. He says to himself his work sucks.

Ian plays Bop It!, and the machine tells him to "bop it", "twist it", pull it", and finally to "kiss it", which Ian denies to do. The machine says it loves him and calls him a babe and Ian drops it in disgust.

Two kids explore Candy Land saying the whole world is made up of candy and that it's a dream come true. Just after, the clip shows the two kids eating all of the candy. The clip ends with the two kids lying nearly unconcious as a result of diabetes. A description appears saying: "Diabetes, It's No Joke."

There are currently no gallery photos yet.

Monopoly is so much fun, I love wasting 6 hours of my life. SHUT UP!

Hey there, buckos! Click the subscribe button for a Get Out Of Jail Free Card so I don't bust a cap in your ass.

Script: There is no script yet. 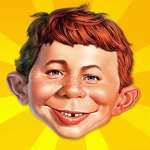 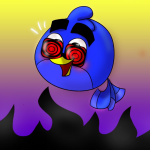 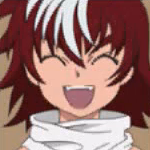 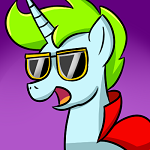