Smosh Wiki
Register
Don't have an account?
Sign In
Advertisement
in: Smosh videos, Every Blank Ever, Season 2019,
and 8 more

Nothing ruins a day like having ~Aunt Flo~ come to town, right? This is EVERY PERIOD EVER. 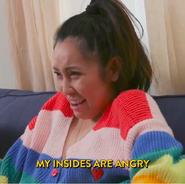