Every Blank Ever
EVERY INSTAGRAM EVER is a Smosh video, uploaded on May 12th 2015.

We've all seen these pictures in our feeds - maybe even taken a few! This is Every Instagram Ever!

The intro starts with a student (Noah Grossman) asking his mom where his old photo of himself is. His mom doesn't know, so the student responds saying it's going to be Throwback Thursday for 13 more hours, and he will miss out on a huge trend. He also says that no one will talk to him in school, he'll never get a girlfriend, and end up dying alone. Just after he says "And I'll hate you forever!", he looks down and sees the old photo of himself as a kid.

The 1st clip shows a customer (Anthony Padilla) trying to take a perfect photo of his sandwich. a waiter walks in and tells him he has been in the restaurant for 3 hours and asks if he can just eat his food and leave. The customer replies saying he's good and throws his food towards a wall. Just after throwing his food, he asks for his check.

The 2nd shows a teenager (Olivia Sui) blow-drying her hair, taking a piece of her eyelash out, picks her clothes, then lies down on what seems to be a king-size bed and takes her photo with the description "#wokeuplikethis #nomakeup #blessed".

The 4th clip shows two teenagers (Anthony Padilla, and Ian Hecox) taking photos of each-other for "Man-Crush-Monday" (Ian is wearing the orange underwear with gray stripes) (Anthony is wearing the white underwear) Ian is taking a selfie of Anthony doing sexual poses in his underwear. When it's Ian's turn, Anthony takes a photo of Ian holding kneeling backwards on a red chair and shaking his butt in front of the camera. The door opens and their Dad (Joe Bereta) enters in by saying.. "Guys, your Mom made hot--- Ooh, hello!" Their Dad gets confused by thinking his sons are having sex with each-other. Ian is disgusted by his answer and says... "Ugh! Don't be gay, Dad!" Ian explains that his brother is just his "Man-Crush-Monday" Their Dad whispers.. "I don't understand a goddamn thing anymore" and walks out.

The 5th clip shows a pet owner (Noah Grossman) who is trying to take a photo of his funny dog. Once he does, an old man (Keith Leak II) shows up and asks what he was doing with HIS dog. The photographer of the dog is not his dog, so the old man chases after the photographer and becomes pitchforked.

The 7th clip shows a mother (Olivia Sui) taking a photo of her daughter (Savannah). Once the photo was taken, the daughter's mom turns away editing her photo and putting a description. While the mother wasn't looking, a random person in an ape costume walks towards the mother's daughter and carries her somewhere else. The daughter says goodbye, and the mother replies saying "I love you too, honey".

The 8th clip shows two girls (Brittni Barger and Felicia Gomez) hanging out in a club. Suddenly, another girl (Olivia Sui) who seems to be another friend of theirs sits down and encounters one of the two friends, and then tells her that she slept with her boyfriend. The second of two friends replies to the first saying she is a slut. Just after, the first to two friends says the second was there, too. Seconds later, they start to fight. However, an ironic twist comes up in the picture with them in a selfie smiling.

The 9th and final clip shows the same people from clip 3 and 6. While taking a photo, everybody (Anthony Padilla, Ian Hecox, Olivia Sui, and Keith Leak II) falls to the ground. The photographer (Noah Grossman) finds out he was actually on video until he recognizes the four people are on the ground.

+ super_chill_noah_64 - don't know where my mom found this old photo of me. LOL so embarassing. #TBT

+ mommy_berry_0408 - I would never let my baby out of my sight! #idontwanttomissathing

+ Unknown User - It is so peaceful here. #sand #socenteredrightnow #blessed 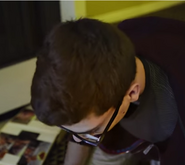 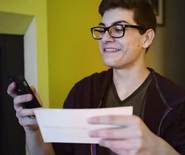 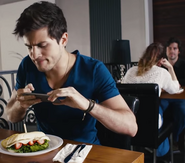 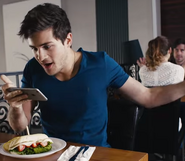 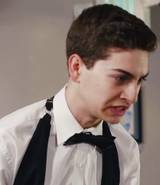 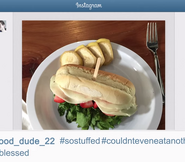 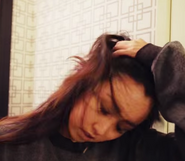 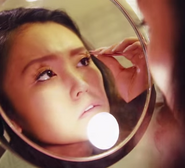 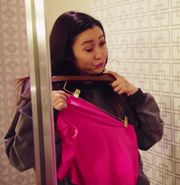 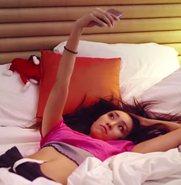 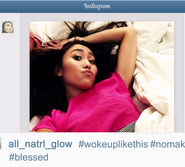 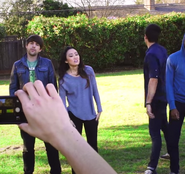