Smosh Wiki
Register
Don't have an account?
Sign In
Advertisement
in: Articles in need of citation, Articles requiring cleanup, Articles to be expanded,
and 11 more

Damien Haas
Damien Christian Haas (born November 23, 1990) is a German-born American actor, voice actor, host, writer, and director. He is a member of Smosh Games, and co-host of The Damien & Shayne Show and Smosh Pit Weekly alongside Shayne Topp, and recurring cast member of the main channel Smosh. As of 2018, he is the newest member of the Smosh Family and of Smosh Games. The first time he was shown as a Smosh Games member being in the video The TRUTH about Smosh.

Prior to joining Smosh Games, he was most famous for starring as Damien Johanssen in Disney's So Random! along with Shayne, playing characters such as Zombie Man, Olaf Glutella, Nolan, and Scott the Anime Brother.

Before officially joining the Smosh family, Damien appeared in multiple Smosh side channel videos. His first Smosh appearance was on Smosh Games Live in the episode RAW DATA VR LIVE!, which aired on March 22, 2017. His first acting role on the Smosh main channel was in the video "EVERY APPLE STORE EVER".

He is also known for the voices of Nathan, Amy Shtuzger, A.K, and Toad on Clarence. He also voices small characters in the video games Grand Theft Auto V, Halo Wars 2, and Fortnite. Damien has worked with AwesomenessTV in the past, and was formerly a head writer of PassTheSticks.

In addition to being a part of Smosh and Smosh Games, Damien also streams frequently on Twitch. He began streaming in the interim between the shutdown of Defy Media and Smosh's acquisition by Mythical Entertainment and is still doing so as of June 2019. He has streamed a multitude of games, including Dark Souls 3, Stardew Valley, Resident Evil 2 (the 2019 remake), The Legend of Zelda: Breath of the Wild, Hollow Knight, as well as many other popular titles. Damien currently streams on www.twitch.tv/damienhaas on Tuesdays and Thursdays at 7:30 pm PST, and on Sundays at 12 or 12:30 PST. If there are any changes in schedule or added streams, they are noted on his Twitter. 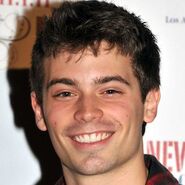 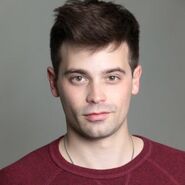 Damien in 'BOZE IS A SERIAL KILLER - FRIDAY THE 13TH'

Smosh Summer Games: We Blew It 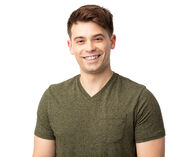 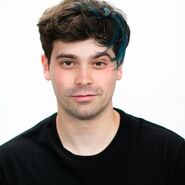