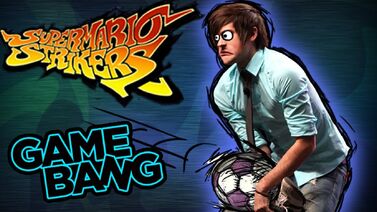 It was uploaded on November 15, 2013 on both smosh.com and YouTube.

The Smosh Games crew team up to play a game of Soccer in the form of Super Mario Strikers.

The losing team would have to down a cup of root beer with chilis.