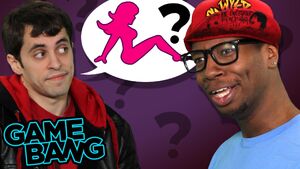 It was uploaded October 24th, 2014 on both smosh.com and YouTube.

The Smosh Games crew (with Flitz and Wes joining as official members but without Ian and Anthony) ask loaded questions to see how well they know each other.

The two players with lowest score will have to eat a baked potato "loaded" with chocolate sauce and tuna fish.