Smosh Wiki
Register
Don't have an account?
Sign In
Advertisement
in: People, YouTubers, Guests on You Posted That?,
and 2 more

CaptainSparklez, Mini Ladd, and OMGItsFirefoxx - You Posted That?

Craig Thompson (born January 7, 1995), known online as Mini Ladd, is an Emirati-born Irish-English Internet personality with a focus on gaming and vlogs. He has appeared as a guest on You Posted That? and SmoshCast.

Craig Thompson was born in Dubai in the United Arab Emirates to an English father and a Northern Irish mother. He and his family moved to Eglinton, County Londonderry, Northern Ireland when he was ten years old. Craig launched his first YouTube channel in May 2011, posting gaming-related content that has since evolved into more of a comedic angle. In 2015, he launched his second channel, where he focuses on vlogs and personal content, along with occasional videos on his subreddit. In 2017, he moved to Los Angeles, California to continue expanding his career, and In September 2018, he launched his third YouTube channel, where he archives old videos from his Mini Ladd channel.

In 2019, he moved to Portland, Oregon. That year in June, Craig and fellow YouTuber Anthony "BigJigglyPanda" Brown announced a tour called "The Demonetized Tour", which would take place across North America from September until December. In addition, Craig was nominated for "Content Creator of the Year" by the Esports Awards and one of Britain's top 100 influencers, behind KSI and PewDiePie.

Craig is committed to philanthropic work, having raised over $150,000 for the Thirst Project, a non-profit that builds water wells in the poorest countries around the world. In November 2018, he spent two weeks in Swaziland to help build the water wells his community raised money for. Due to his ongoing efforts for the organization, in 2019, the Thirst Project named Craig as one of their Board Members and awarded him with the “Cameron Boyce Pioneering Spirit Award” in October 2019. He has also donated large sums of money to organizations such as St. Jude, Macmillan Cancer Support and Northwest Counselling Ltd.

Treasurer of Northwest Counseling Sean O'Kane described Thompson's donation as a "lifeline" for the organization. Due to his philanthropic efforts and growing celebrity, the City of Derry R.F.C. and his local rugby team renamed their stadium the "Craig Thompson Stadium" in his honor.[1] 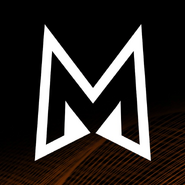 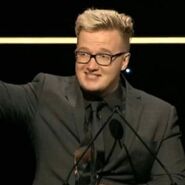