Courtney Miller is the personal channel of Courtney Miller. It was created on May 27, 2015 under the name SmoshCourtney, shorty after she was introduced as a cast member, and the first video was uploaded that August. Currently, the channel has over 333,000 subscribers and 7 million views.

Used primarily for vlogs, Courtney is only periodically active on her channel. So far, no videos have been released since December 2018. 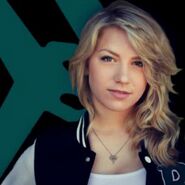 Old banner
Add a photo to this gallery
Retrieved from "https://smosh.fandom.com/wiki/Courtney_Miller_(channel)?oldid=183527"
Community content is available under CC-BY-SA unless otherwise noted.