@co_mill
Courtney Ruth Miller (b. June 19, 1995) is an American YouTuber and a regular Smosh cast member. She first appeared in The Mother's Day Rule video as Ian's sister that chokes on a piece of plastic and was first introduced in the video Hand Bomb along with Shayne Topp. She was inducted into the Smosh recurring cast in mid-2015.

Courtney hosted Smosh's Seriously Super Stupid Sleepover with Olivia Sui on the Smosh 2nd Channel, replacing Mari's former show Smosh Pit Weekly from September 2015 to May 2017. Miller says that Vine was the reason she was able to get the job with Smosh. Courtney began posting Vine videos in the video service's first year, 2013, and stopped by its shutdown, in 2016.

On July 28, 2017, it was announced in the video What's going on with Smosh?! that she and Olivia Sui would again be hosting a series together, this time called Whoa! Nature Show. The show premired on the 16th of the next month. 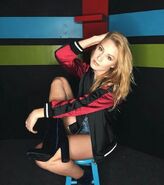 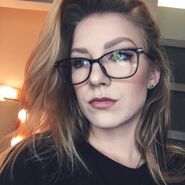 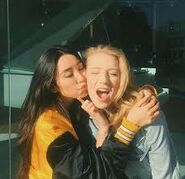 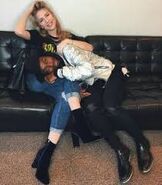 Courtney with Damien and Noah
Add a photo to this gallery

Retrieved from "https://smosh.fandom.com/wiki/Courtney_Miller?oldid=158155"
Community content is available under CC-BY-SA unless otherwise noted.