Smosh Wiki
Register
Don't have an account?
Sign In
Advertisement
in: People, Celebrities, Guests on SmoshCast,
and 2 more

So Random VS Smosh- Who Knows Who Better?

Astrid Clover
Allisyn Ashley Arm (born April 25, 1995) is an American actor and artist known for her role in the Disney Channel series Sonny With a Chance and Spin Off series So Random!. She made a guest appearance on SmoshCast with fellow former cast members Shayne Topp, Damien Haas, and Matthew Scott Montgomery.

Allisyn Ashley Arm is an American actress, writer, artist, and director best known for her main role as Zora Lancaster on Sonny with a Chance and its spin-off So Random! and Heather on NBC's A.P. Bio. The first acting job she booked was for a Bounty commercial that never aired, but she went on to film over 60 commercials, and made her first television appearance in May 2002 on the medical drama series Strong Medicine. She would go on to make appearances in episodes of Friends, 10-8, Miracles, and Judging Amy, and had roles in films such as Meet Dave and King of California. She appeared as Zora in the Disney Channel series Sonny with a Chance in 2009 and So Random! in 2011. In addition, she voiced the character Stormy in the Disney Junior series Jake and the Never Land Pirates, and in 2018, she started acting in the NBC comedy series A.P. Bio.

Allisyn has developed a YouTube personality named Astrid Clover. She later established Watch the Footage Production with the help of Dylan Riley Snyder, Joey Luthman, and Bryan Morrison. In addition, she is also a prolific artist and had her first gallery showing at 15 years old.

In December 2014, Arm started dating Dylan Riley Snyder. The couple got engaged in January 2019 and got married in September 2019.[1] 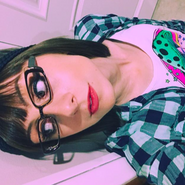 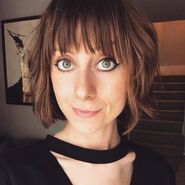